Campaign for “Todas las flores”, a theater play written and directed by Bárbara Mestanza. The play, premiered at “Sala Beckett”, have several main characters and confronts the end of the world through a feminist prisma. To communicate the multiple points of views represented in the play: we created one poster, video and letterings for every character, expressing the core of their drama and personality.

The art direction, co-directed with Kiwi Bravo, is inspired by the apocalyptic tone of the play. The images have tensioned bodies, sweat, crying and asphyxia, with flies as a constant element and representation of death and putrefaction 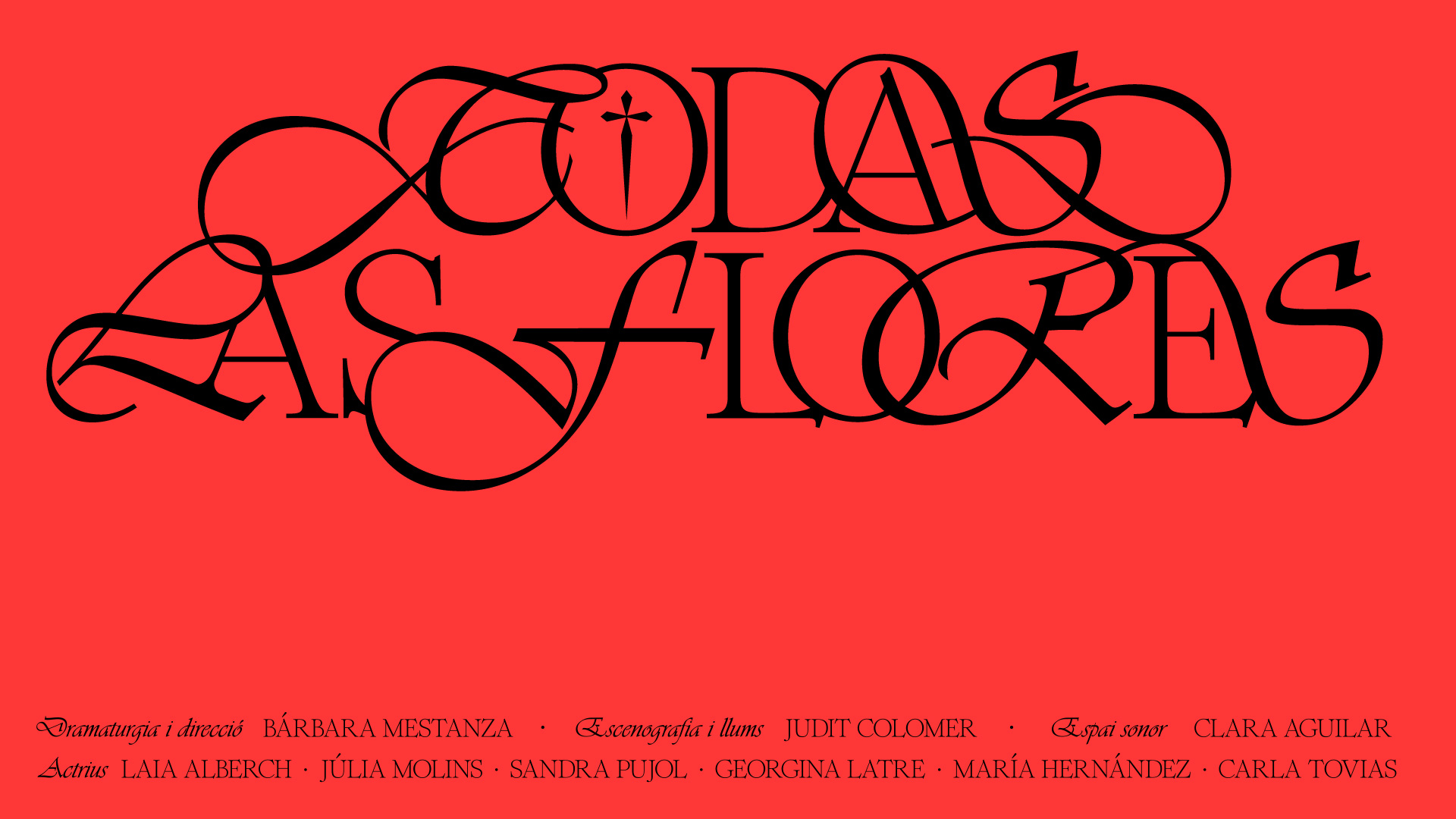 The lettering is inspired by the scribe’s calligraphy of the Bible, adding floral drawings in reference to the play’s title. For the typography we customized two fonts, the Vivaldi and the Romie by Margott Leveque.