Mixtape it’s a show analysing the spanish urban music scene told by their own artists. We used the iconography of the old Cd’s and cassettes mixed with the aesthetics of every artist to develop the identity of the show. Appropiationism it’s a very present trait in urban music so we also used it as a tool to design all graphic elements.

We used the iconography used in old cassette tapes such as barcodes, copyright icons, small titles mixed with acid and vivid colours.

To introduce the artists we used the same typefaces they use in their mixtape covers, music video titles or even IG profiles. We tried to represent every artist maintaining their own and unique style.

Mixtape it’s a show premiered on PLAYZ.ES a digital platform showcasing content for a young audience. 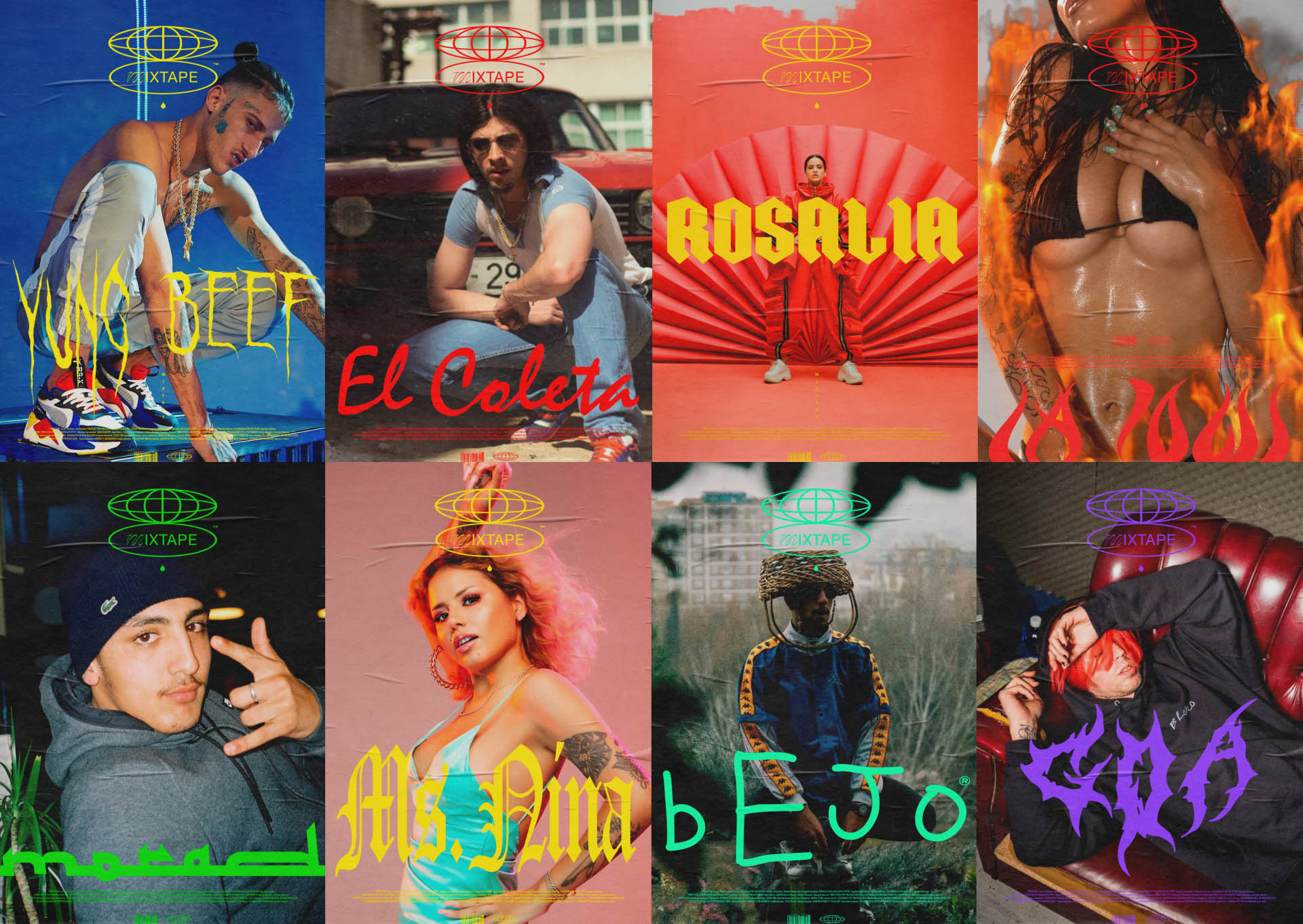